Why creationism bears all the hallmarks of a conspiracy theory

Many people around the world looked on aghast as they witnessed the harm done by conspiracy theories such as QAnon and the myth of the stolen US election that led to the attack on the US Capitol Building on January 6. Yet while these ideas will no doubt fade in time, there is arguably a much more enduring conspiracy theory that also pervades America in the form of young Earth creationism. And it’s one that we cannot ignore because it is dangerously opposed to science.

In the US today, up to 40% of adults agree with the young Earth creationist claim that all humans are descended from Adam and Eve within the past 10,000 years. They also believe that living creatures are the result of “special creation” rather than evolution and shared ancestry. And that Noah’s flood was worldwide and responsible for the sediments in the geologic column (layers of rock built up over millions of years), such as those exposed in the Grand Canyon.

Such beliefs derive from the doctrine of biblical infallibility, long accepted as integral to the faith of numerous evangelical and Baptist churches throughout the world, including the Free Church of Scotland. But I would argue that the present-day creationist movement is a fully fledged conspiracy theory. It meets all the criteria, offering a complete parallel universe with its own organisations and rules of evidence, and claims that the scientific establishment promoting evolution is an arrogant and morally corrupt elite.

This so-called elite supposedly conspires to monopolise academic employment and research grants. Its alleged objective is to deny divine authority, and the ultimate beneficiary and prime mover is Satan.

Creationism re-emerged in this form in reaction to the mid-20th century emphasis on science education. Its key text is the long-time best seller, The Genesis Flood, by John C Whitcomb and Henry M Morris. This provided the inspiration for Morris’s own Institute for Creation Research, and for its offshoots, Answers in Genesis and Creation Ministries International.

Ken Ham, the founder and chief executive of Answers in Genesis, is also responsible for the highly lucrative Ark Encounter theme park and Creation Museum in Kentucky. As a visit to any of these websites will show, their creationism is completely hostile to science, while paradoxically claiming to be scientific.

These are common conspiracy theory tactics at play. Creationists go to great lengths to demonise the proponents of evolution, and to undermine the overwhelming evidence in its favour.

There are numerous organisations, among them Biologos, the American Scientific Affiliation, the Faraday Institute, and the Clergy Letter Project, which describes themselves as “an endeavour designed to demonstrate that religion and science can be compatible”, that is, promoting evolution science within the context of religious belief. Even so, creationists insist on linking together the separate topics of evolution, materialist philosophy, and the promotion of atheism.

According to Answers in Genesis, evolution science is a work of Satan, while former US Congressman Paul Broun has described it as “a lie straight from the pit of hell”. When he said that, by the way, he was a member of the House of Representatives Committee on Science, Space, and Technology.

Like other conspiracy theorists, creationists immunise themselves from fact-based criticism. They label the study of the past as based on unprovable assumptions, thus disqualifying in advance the plain evidence of geology.

They then attack other evidence by focusing on specific frauds, such as Piltdown man – a hoax skeleton purportedly of a missing link between humans and other apes that was debunked more than 60 years ago – or the dinosaur-bird amalgam “Archaeoraptor”, discredited by sharp-eyed scientists before ever making it into the peer-reviewed literature (although not before making it into National Geographic).

One favourite target is Ernst Haeckel, whose pictures of embryos, published in 1874, are now considered to be seriously inaccurate. However, they do correctly draw attention to what most matters here: the features shared during development by different organisms – including humans – such as gill arches, a long tail, and eyes on the side rather than the front of the head, confirming they have a common ancestry.

Haeckel’s name appears on the Answers in Genesis website 92 times. He is also the subject of a lengthy chapter in Jonathan Wells’ Icons of Evolution; Science or Myth?. This book, which even has its own high school study guide, was what first convinced me, back in 2013, that creationism was a conspiracy theory.

More from The Conversation’s Expert guide to conspiracy theories here.

It is a splendid example of creationist tactics, using long-rectified shortcomings (such as those in early studies on Darwinian evolution in peppered moths, in response to changing colours following reduced pollution) to imply that the entire science is fraudulent. Wells has a real PhD in biology, a PhD acquired with the specific goal of “destroying Darwinism” – meaning evolution science – from the inside.

Wells is a senior fellow at the Discovery Institute, a conservative thinktank which promotes creationism under the banner of “Intelligent Design”, and is also linked to other conspiracy theories, such as claims that the consensus on climate change is bogus, and that last November’s US presidential election was stolen. An article by a senior fellow at the Discovery Institute on the subject has now being removed from its website, but can be found here.

Conspiracy theories are always driven by some underlying concern or agenda. The theory that Obama’s birth certificate was a forgery, or that the 2020 US election was stolen, are about political legitimacy and will fade as the politicians promoting them fade from memory. The idea that COVID-19 does not exist is proving a little harder to dislodge, but scientists, such as those behind Respectful Insolence, are organising to fight back on science denial and misinformation.

I fear that the creationist conspiracy theory will not be so short-lived. It is driven by a deep-seated power struggle within religious communities, between modernists and literalists; between those who regard scripture as coming to us through human authors, however inspired, and those who regard it as a perfect supernatural revelation. And that is a struggle that will be with us for a long time to come.

Paul Braterman is Professor Emeritus in Chemistry, University of North Texas, and Honorary Research Fellow (formerly Reader) at the University of Glasgow. His research has involved topics related to the early Earth and the origins of life, and received support from NSF, NASA, Sandia National Labs, and Scripps Institution of Oceanography.

He is now interested in sharing scientific ideas with the widest possible audience, and was involved in successful campaigns to perusuade both the English and the Scottish Governments to keep creationism out of the science classroom. He is a regular contributor to 3 Quarks Daily, and blogs at Primate’s Progress.

This article is republished from The Conversation under a Creative Commons license. Read the original article posted February 4, 2021. 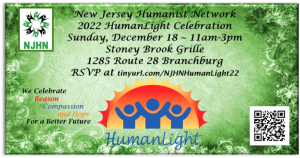